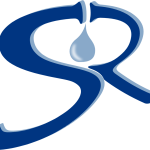 NEXT – then operating under the legacy title, NGC – approached new midstream company Steel Reef Infrastructure Corp in 2013 regarding North Portal. Located in SE Saskatchewan, this gas plant was the first for SRIC.

Through the multiple iterations of package design and proposals, it became clear to us that a traditional reciprocating set-up was not the optimal solution. The relatively large, high pressure side flow meant the second stage required a greater throughput capability than we were used to seeing.

On January 24th 2014, a purchase order was issued for the first 2 plant compressors at North Portal. To accommodate the side flow, the final design featured a single stage 1 cylinder, and two stage 2 cylinders. Fabrication of the compressors started at the beginning of March and the units were ready to ship at the end of June. The units were commissioned in the fall of 2014 and operations began in January of 2015.